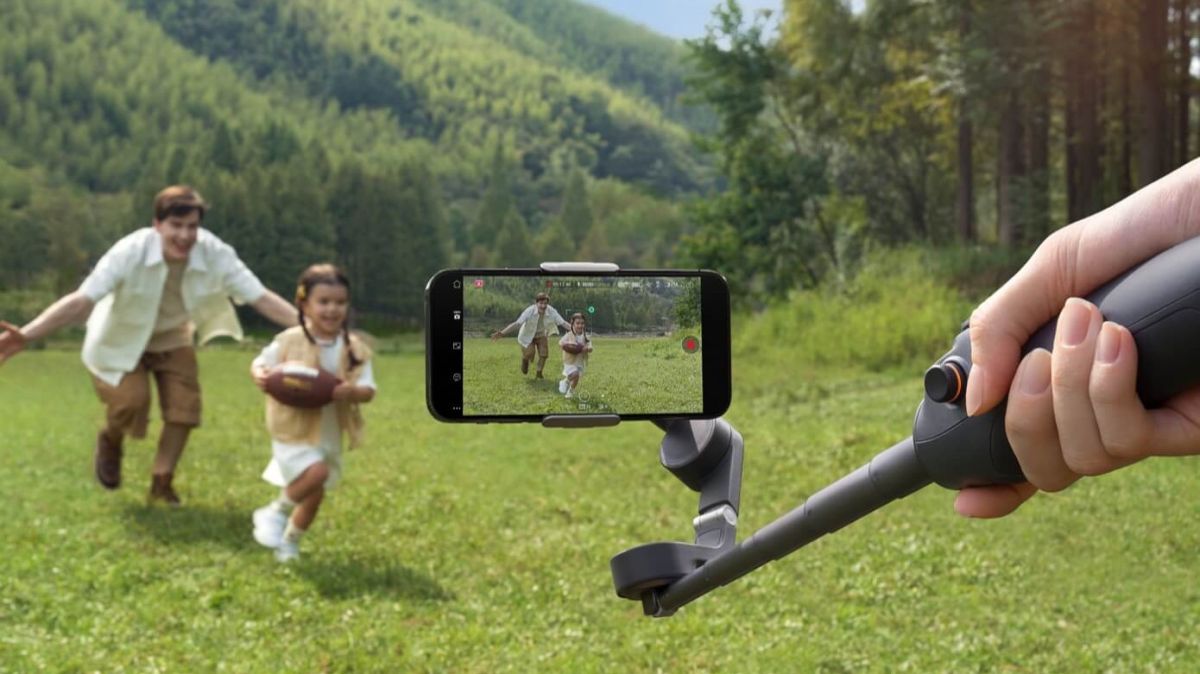 If you want to take your smartphone cinematography up a gear then you might want to check out the new DJI OM 6.

DJI may be best known for producing some of the best drones on the market, like the DJI Mini 3 Pro and DJI Mavic 3, but it also produces other great camera gizmos, like its Osmo Mobile (OM) smartphone gimbals.

Just like the DJI OM 4 and DJI OM 5 before it, the DJI OM 6 (opens in new tab) is effectively a high-end selfie stick if we want to get reductive. But it offers more than just the ability to hold your phone at a distance. It also features 3-axis stabilization to keep your shots steady, Active Track 5.0 to keep your subjects in the center of the frame even as they move, and various gimbal and recording modes to help you get the shots you need with relative ease.

On top of that, the DJI OM 6 also comes with supporting software in the form of the DJI’s Mimo gimbal app for smartphones – we’re fans of this app, which offers a diverse range of tools and nifty tutorials that make it the perfect companion for both seasoned veterans and newcomers to the videography space.

While we haven’t had the chance to try the DJI OM 6 yet, from the sound of things it takes everything we loved about the OM 5, and fine-tunes the experience to make it even better.

Among the improvements, the OM 6 looks to have a more ergonomic design, with new controls on the handle, which should help to address the occasional fiddliness of the older models. Its new status panel will also make checking your current gimbal mode more convenient.

We found the DJI OM 5 to be a versatile piece of kit that can support many of the best camera phones no matter their size, and the new OM 6 promises to be even better at holding large phones, even if they’re in a case. It also retains the OM 5’s sleek design, though much like its predecessor the DJI OM 6 might be disliked by those of you looking for a more traditional gimbal.

However, from what we’ve seen so far the OM 6 doesn’t appear to offer much else that’s new, so if you have the OM 5 you probably don’t have a major reason to upgrade – we’ll know more when we’ve had the chance to try the DJI OM 6 out for ourselves.

But if the DJI OM 6 already sounds like just the gadget you need, then you’ll be glad to hear that you pick one up now from DJI’s online store for $159 / £145 / AU$239. Alongside the souped-up selfie stick you’ll also get a magnetic clamp, tripod, power cable, and storage pouch.

Alternatively, you can check out our picks for the best phone gimbal to help you find the perfect accessory for you needs.