Pepsi is attempting to embark on the TikTok...
HomeSportCricket'We had warned... 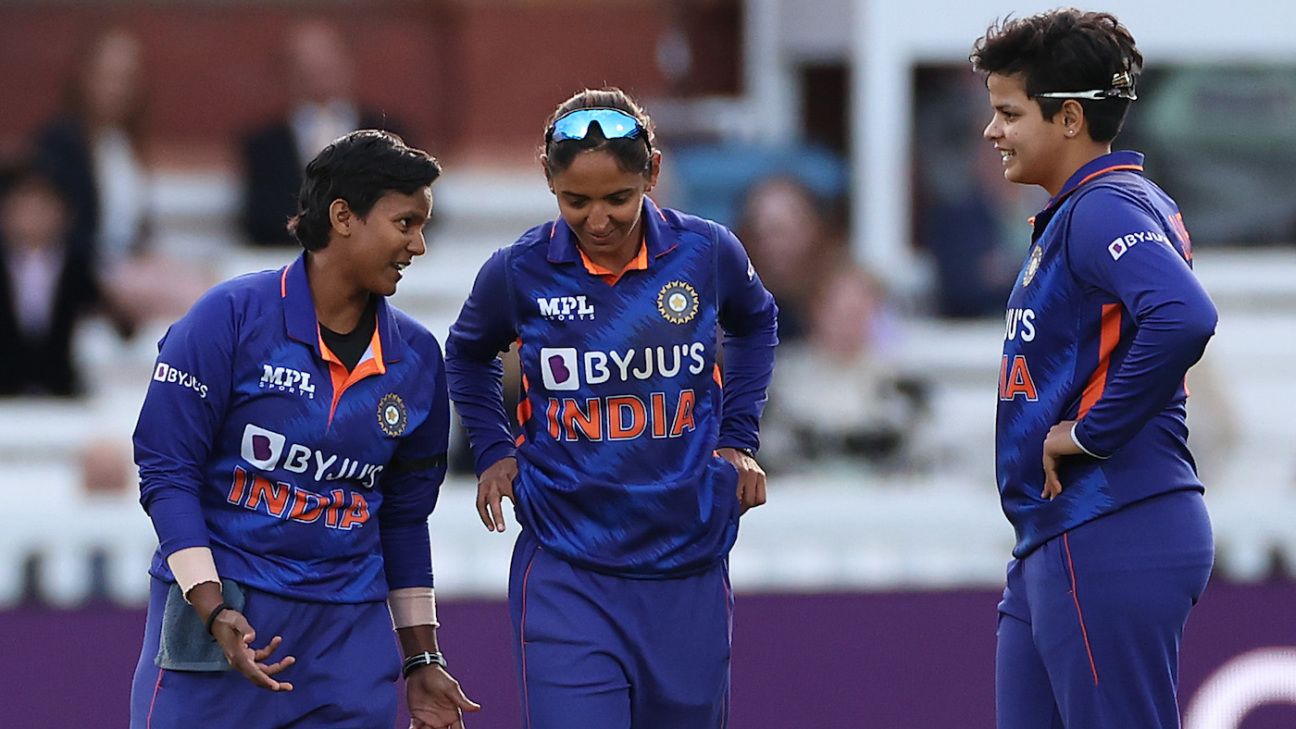 Was Deepti Sharma running Charlie Dean out at the non-striker’s end at Lord’s on Saturday a plan India had worked out in advance? Or was it an instinctive decision?

According to Deepti, who stopped in her bowling stride and whipped off the bails at the non-striker’s end to complete a 3-0 sweep over England, it was a plan, but one that was formulated after repeated warnings to Dean. Though, according to the rules – the matter of the spirit of the game is a different one altogether – the fielding team is well within its rights to run batters out for backing up too much without any warning.

“It was a plan, because we had warned her [for leaving the crease early] repeatedly,” Deepti told reporters upon the team’s arrival in Kolkata. “We did things as per the rules and guidelines. We told the umpires as well, but she was there [outside the crease]. We couldn’t do much.”

A detailed analysis by ESPNcricinfo’s Peter Della Penna, who used a microscope to check every delivery of England’s innings since Dean’s arrival at the crease, she had left the crease early, before the bowler had released the ball, 71 times, and was dismissed on the 72nd occasion.

Dean’s dismissal, leaving England 16 short, triggered widespread spirit-of-cricket debates. Several prominent England cricketers, including Stuart Broad, James Anderson and Sam Billings, tweeted their displeasure at the dismissal. Others, like Alex Hales – currently on a comeback trail with the England T20I squad – backed Deepti’s act, saying, “it shouldn’t be difficult for the non-striker to stay in their crease till the ball has left the hand”.

When asked the question after she had led India to an ODI series win in England after 23 years, Harmanpreet Kaur had told the official broadcaster that no “crime” had been committed.

“Today, whatever we have done, I don’t think it was any crime,” Harmanpreet had said. “It is part of the game and is an ICC rule, and I think we just need to back our player.

“I’m actually very happy she [Deepti] was aware of that, and the batter is taking too long a stride. I don’t think she has done something wrong.”

Not long after, the MCC had welcomed the debate but reiterated that what happened was within the laws. “The Law is clear, as it needs to be for all umpires to be able to easily interpret throughout all levels of the game and at all moments in the game,” it said in a statement.

“Cricket is a broad church and the spirit by which it is played is no different. As custodians of the Spirit of Cricket, MCC appreciates its application is interpreted differently across the globe. Respectful debate is healthy and should continue, as where one person sees the bowler as breaching the Spirit in such examples, another will point at the non-striker gaining an unfair advantage by leaving their ground early.

“MCC’s message to non-strikers continues to be to remain in their ground until they have seen the ball leave the bowler’s hand. Then dismissals, such as the one seen yesterday, cannot happen. Whilst yesterday was indeed an unusual end to an exciting match, it was properly officiated and should not be considered as anything more.”

Charles Leclerc v Carlos Sainz: The battle to be...

Emma Raducanu explains why having someone like Andy Murray is very...