A general view of the Bombay Stock Exchange (BSE), after Sensex surpassed...

Visitors stands in front of an electronic ticker at the Tokyo Stock...
HomeSportRacing"No banana this...

“No banana this time, but still couple of spins”- AlphaTauri’s Pierre Gasly after giving his brothers their first F1 experience 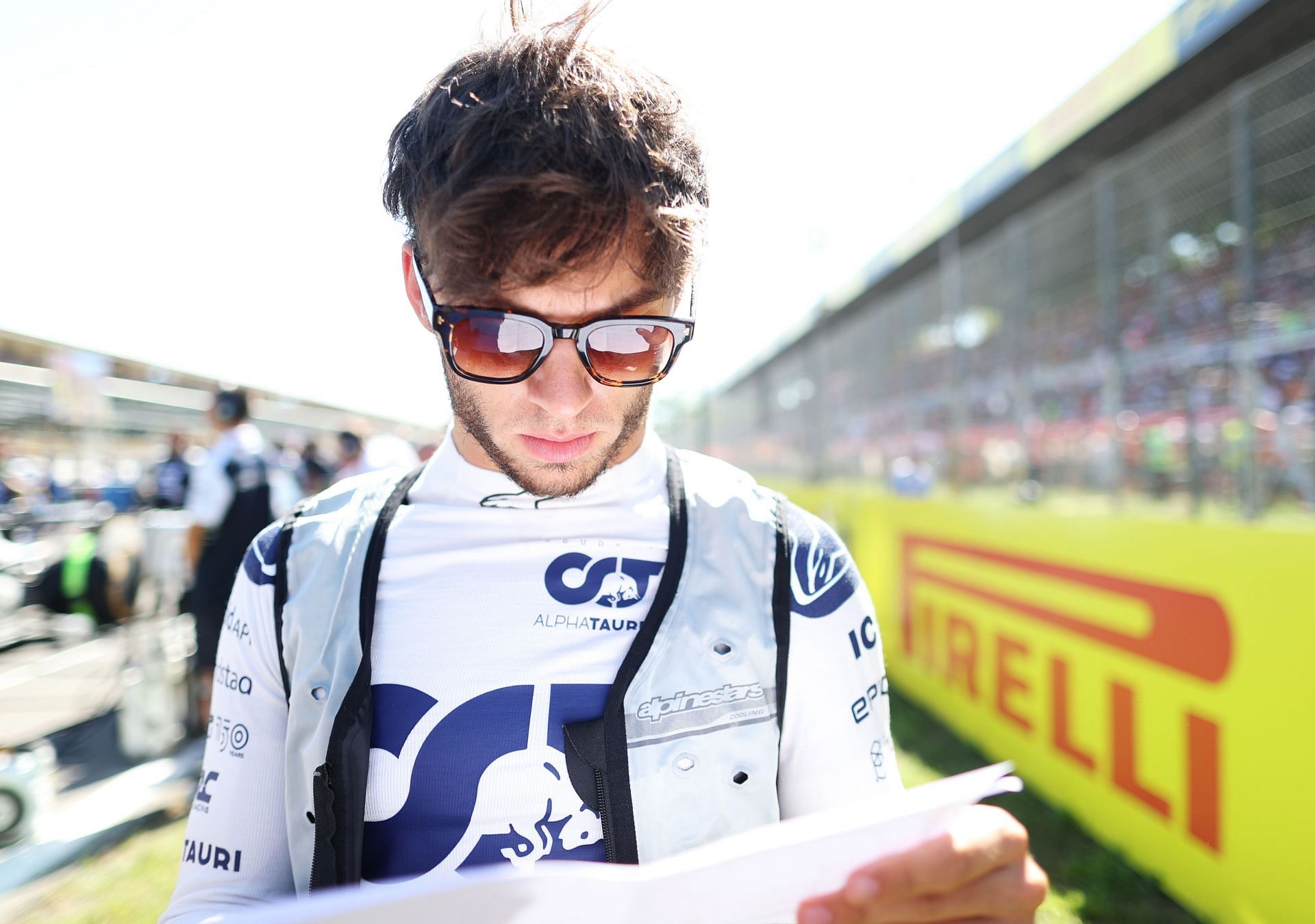 Pierre Gasly recently surprised his brothers by giving them their first “track day” in Formula-style cars.

The Frenchman posted about the experience on his Instagram account and reminisced about all the times he spent playing Mario Kart with his siblings. Check out the post below:

The 26-year-old was eager to share the thrill of driving a fast car around a track with his brothers, who have, according to him, supported his career since the beginning.

The AlphaTauri driver arranged for his brothers to drive the car that he won the 2013 European Championship in. He also joked about the popular ‘banana peel’ from the Mario Kart games, claiming that his brothers managed to spin the car without the presence of the in-game item.

“Unforgettable memories. Surprised my brothers with a track day. First Formula experience for them, from playing Mario Kart on the Nintendo together when I was 4/5 years old to the real track experience now! No banana this time, but still couple of spins.😂 they always supported me since day 1, going through this rollercoaster life, grateful to live these moments together!”

P1!! My first victory in F1!!
I’m lost for words, still struggling to realise, its just amazing!!
Everything was perfect, just missed the tifosis down under the podium. @alphatauri we have done it!! Thanks everyone for all the messages & support!! Today is a day I’ll remember.

P1!! My first victory in F1!!🏆I’m lost for words, still struggling to realise, its just amazing!! Everything was perfect, just missed the tifosis down under the podium. @alphatauri we have done it!! Thanks everyone for all the messages & support!! Today is a day I’ll remember. https://t.co/3eILYSMsIu

Pierre Gasly believes he is a more complete driver after spending five years in the Red Bull camp. Speaking in an exclusive interview with the Italian edition of the Motorsport Network, he said:

“Yes, now I am much more complete, I think I have shown that with a mid-ranking car I was able to grow and achieve good results, and with all the respect I have for AlphaTauri, there will always be a gap with a top team. We can reach a podium, even a victory proved that it is not impossible, there was a one percent chance and we did it.”

Gasly had an unsuccessful short stint at Red Bull, where he could not keep up with teammate Max Verstappen. However, he claims his time at AlphaTauri has prepared him to drive for a top team, should the opportunity present itself. He said:

“You know, after just one season of Formula 1 I was promoted to Red Bull, and in that moment they gave me a great opportunity because they saw my potential. If I think about it now, after five years in Formula 1, I am a decidedly more complete driver. I have a lot more experience, I am more efficient at working with the team, I know exactly what I want from the car, and my feedback is much clearer. We grow and learn.”

Pierre Gasly is currently 11th in the drivers’ standings and has failed to impress as he did in 2021. However, with six rounds to go in the 2022 championship, there is enough time for him to prove his worth.

What’s your favorite race of the 2022 season so far? Tell us in the comments below..

Inside the tragic life of Jeffrey Dahmer’s last would-be...