Pepsi is attempting to embark on the TikTok...
HomeSportCricketIndia get rankings... 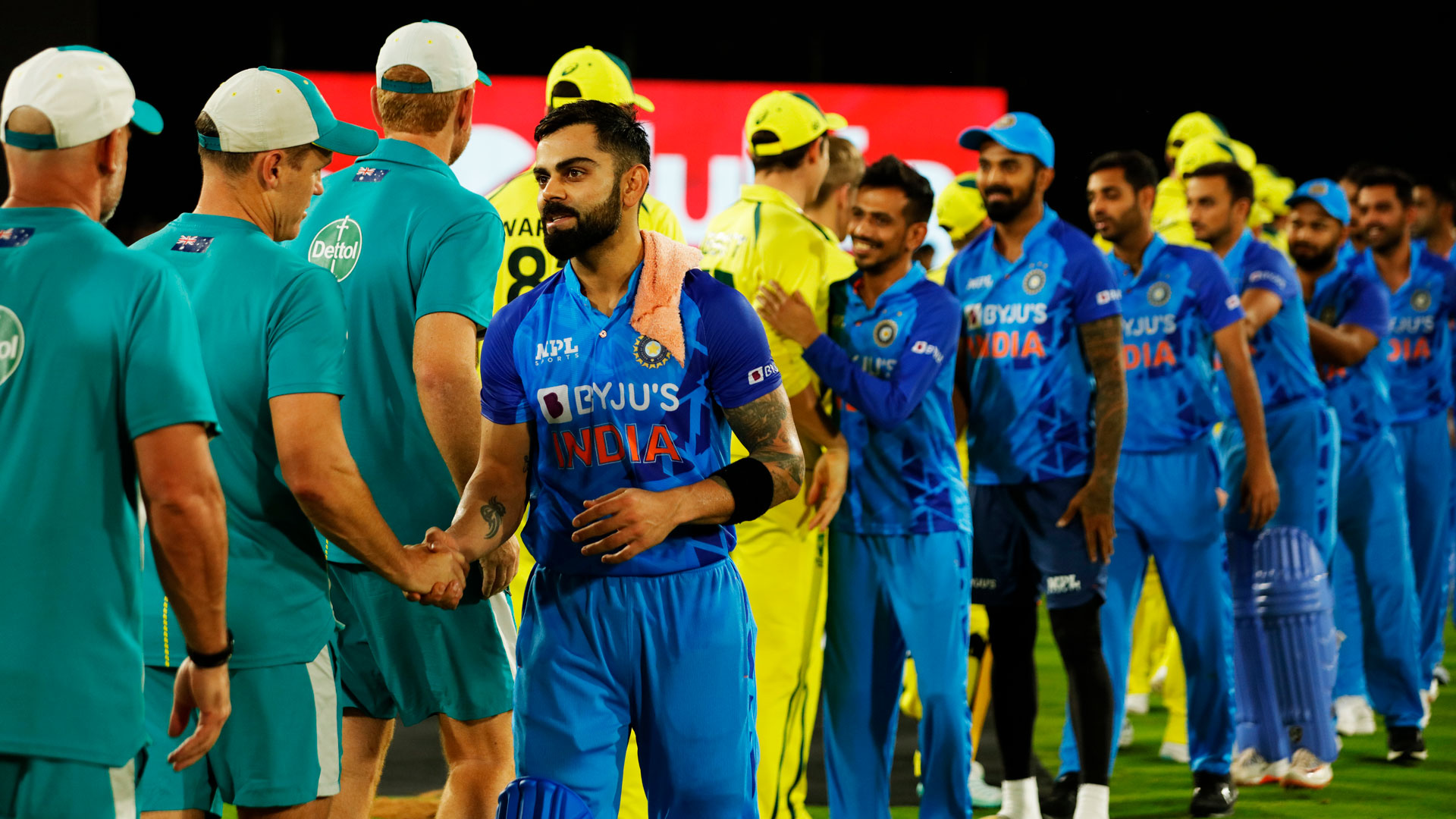 India’s narrow series triumph over Australia has been rewarded with Rohit Sharma’s side extending their lead at the top of the MRF Tyres ICC Men’s T20I Team Rankings.

Half centuries to Suryakumar Yadav and Virat Kohli helped India clinch a final over thriller in the third and series-deciding match against Australia in Hyderabad on Sunday and that result helped them put further ground on their rivals on the latest Men’s T20I team rankings.

India’s success improved their T20I team ranking by one point to 268 points overall, which is a seven-point lead over their closest rival in England with 261 points.

Ironically it was England’s narrow loss in the fourth game of their ongoing series against Pakistan that helped India increase their buffer at the head of proceedings, with Matthew Mott’s team falling to a narrow three-run loss in Karachi.

That series remains tied at two games apiece, with plenty of rankings points still to play for during the final three matches in Lahore and ahead of the start of the ICC Men’s T20 World Cup next month.

Pakistan are currently tied with South Africa for third place on the team rankings with 258 points, but could rise as high as second by winning the remaining three matches against England.

England will maintain second place on the rankings should they win one of those contests, while South Africa will get the chance to stake their claim when they take on India in a three-match series that commences on Wednesday.

New Zealand remain in fifth place on the T20I team rankings with a total of 252 points, with Kane Williamson’s side next in action just prior to the start of the T20 World Cup when they host Pakistan and Bangladesh for a tri-series on home soil.

Sixth-placed Australia drop one point to 250 points overall following their series loss to India, with the reigning T20 World Cup champions still scheduled to play six matches – against West Indies, England and India – before they get the chance to defend their trophy at home.

The Bridge: All-Access with the Brooklyn Nets | Jacque Vaughn’s Story,...