Pepsi is attempting to embark on the TikTok...
HomeSportFootballReal Madrid slammed... 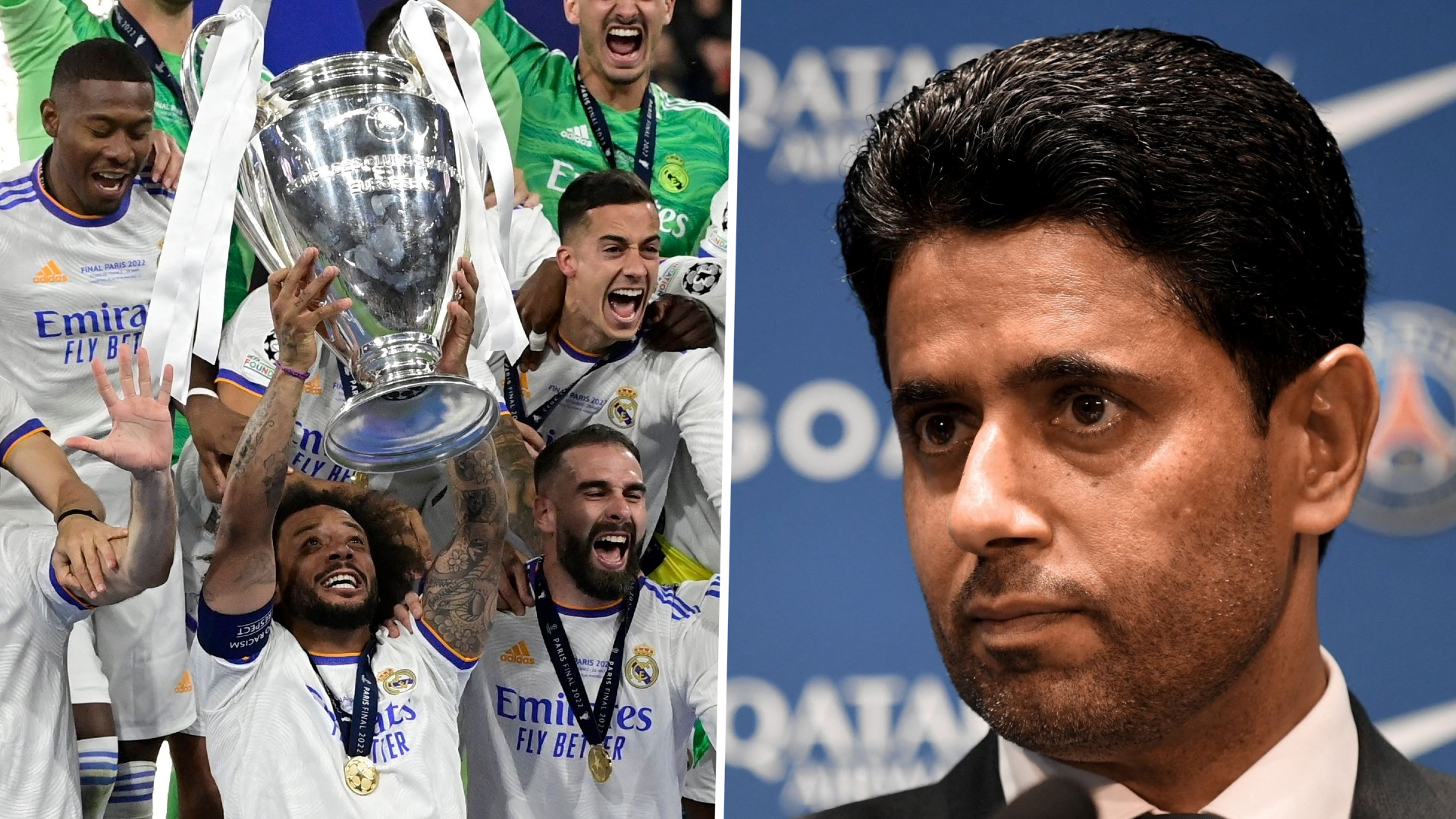 PSG president Nasser Al-Khelaifi has taken aim at Real Madrid for celebrating winning the Champions League after pushing for a European Super League.

WHAT HAPPENED? The PSG president has been critical of Real Madrid while speaking at the 28th General Assembly of the European Club Association. The Blancos, along with Juventus and Barcelona, have maintained support for a new Super League even after nine of the original 12 founding clubs withdrew from the project just days after its launch in October 2021.

THE BIGGER PICTURE: Real Madrid knocked PSG out of the Champions League on their way to the title last season. The French side have yet to win the competition despite investing heavily in the squad over the last decade. PSG were one of the most high-profile clubs not involved in initial plans for the Super League and have made it clear they oppose the idea. Real Madrid remain committed to the plan despite the threat of sanctions, including potential expulsion from the Champions League, by UEFA.

DID YOU KNOW? Real Madrid have won the European Cup on 14 occasions, which is twice as many times as any other side in the history of the competition.

WHAT NEXT FOR REAL MADRID & PSG? Real Madrid’s first game after the international break is against Osasuna in La Liga while PSG will host Nice in Ligue 1.

Who will win the Champions League this season?