New Delhi: Google's Pixel Fold has been discussed for a while. The smartphone...
HomeLatestTata, Singapore Airlines... 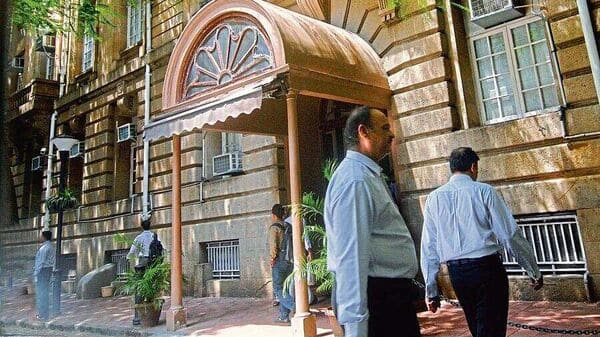 The two companies plan to merge Tata SIA Airlines Ltd, their joint venture which operates Vistara, and Air India Ltd, which Tata group acquired last year. Air India and Vistara will be held under a new JV, in which Singapore Airlines may hold a minority stake of up to 25%, the people cited above said on the condition of anonymity.

“SIA (Singapore Airlines) is Tata Sons’ current JV partner in Vistara. Talks are going on between the two JV partners on how best to leverage the future India opportunity in aviation. What corporate structure will emerge is still under discussion,” one of the two people cited above said.

The merger, which may take about a year to complete, is part of a larger Tata Sons consolidation strategy to save costs, build synergies by optimizing aircraft utilization and routes, and gain a larger market share to take on IndiGo, India’s biggest airline with a market share of 59%.

SIA may hold a minority stake worth ₹5,000-10,000 crore in the new JV, considering the current combined valuation of Air India and Tata SIA Airlines, the people added.

“According to a recent internal exercise, the combined valuation of Air India and Vistara could be at least ₹30,000 crore,” said the second person.

A merger of Air India and Vistara may not only provide economies of scale to both Vistara and Air India but also open up access to dozens of new slots globally for Singapore Airlines on the one hand and help Tata Sons consolidate its aviation business balance sheets on the other. Air India and Vistara are expected to retain their individual brand identities post-merger, though eventually, only one brand may remain.

Spokespeople for Tata Sons and Vistara declined to comment. An email sent to Air India remained unanswered, while a Singapore Airlines spokesperson said, “We do not comment on any confidential discussions that we may or may not be having with our partners.”

Last October, Tata Sons, through its subsidiary Talace Pvt. Ltd, acquired Air India for ₹18,000 crore. “Since then, more funds have been infused, more assets have been added, and operational efficiencies have been improved. Even after considering debt, Air India’s valuation has gone up by at least 20% over the past nine months,” said the second person.

Vistara, which is a 51:49 JV between Tata Sons and Singapore Airlines, has been enjoying regular fund infusions from both partners to expand operations.

“The company’s (Tata SIA Airlines) valuation could be between ₹8,000 crore and ₹12,000 crore, with the number of assets increasing significantly,” added the second person.

Vistara has been gradually expanding its fleet and network. The airline launched operations in Europe, deploying its wide-body Boeing 787 aircraft and also operated charter flights, resulting in a revenue jump. Vistara currently has 53 aircraft, and its fleet is expected to go up to 70 by the end of 2023.

During FY22, Vistara opened two new international stations: Paris and Tokyo, apart from relaunching several stations such as Colombo, Dhaka, Kathmandu, Singapore, Bangkok and Dubai. In the summer schedule this year, till 29 October, Vistara will operate 1,741 domestic departures every week in India. “The consolidation strategy, entailing the Air India-Vistara merger, will help Tata Sons save on operational costs, taxes and duplication of functions, thereby enhancing the efficiency of the airlines combined in the merged entity and achieving a significant market share in the aviation space for Air India-Vistara combined,” the second person said.

As part of the consolidation, Tata’s other aviation firm AirAsia India may be merged into Air India Express and eventually bring the entire aviation business under Air India by fiscal 2025, according to the two persons.

Tata Sons holds a majority 83.67% stake in AirAsia India, which started flying in June 2014, while the remaining 16.33% is with the Malaysian airline group AirAsia.

* Thank you for subscribing to our newsletter.