Samsung will launch the entry-level Galaxy M04 phone in India on December...
HomeLatestNovember 24, 1982,... 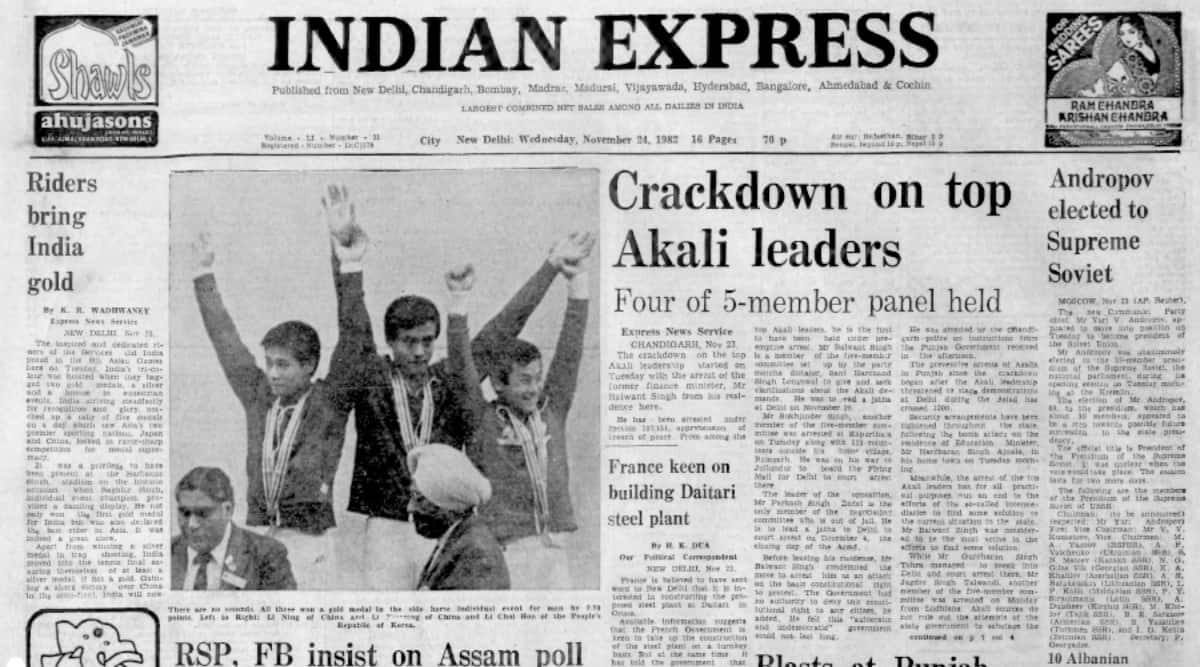 A crackdown on the Akalis has started with the arrest of former finance minister Balwant Singh from his residence. He has been arrested for the apprehension of breach of peace — the first of the Akali leaders to be under pre-emptive arrest. Singh is a part of the five-member committee set up by the Akali leader Sant Harchand Singh Longowal to seek clarifications about Akali demands.

Two farmers were killed in firing near Mandya on the Bangalore-Mysore highway after the agitation they were participating in turned violent for the second time in four days. Another farmer was admitted to hospital with serious bullet injuries. The farmers are demanding a fair price for sugarcane supplied to the Chamundeswari sugar factory.

The inspired and dedicated riders did India proud at the Asian Games. India’s tricolour was hoisted when they bagged two gold medals, a silver and a bronze at the equestrian events at the Asiad. Raghubir Singh, the individual event medal winner, was declared the best rider.

The new Soviet Communist Party chief, Yuri Andropov, appeared to move into the position to become USSR president. Andropov was unanimously elected to the presidium of the Supreme Soviet.

The members of the Iranian team participating at the Asian Games and anti-Khomeni student protestors in Delhi came to blows on November 23. The students raised slogans which attracted the ire of the Iranian athletes. The scuffle had to be broken by policemen.