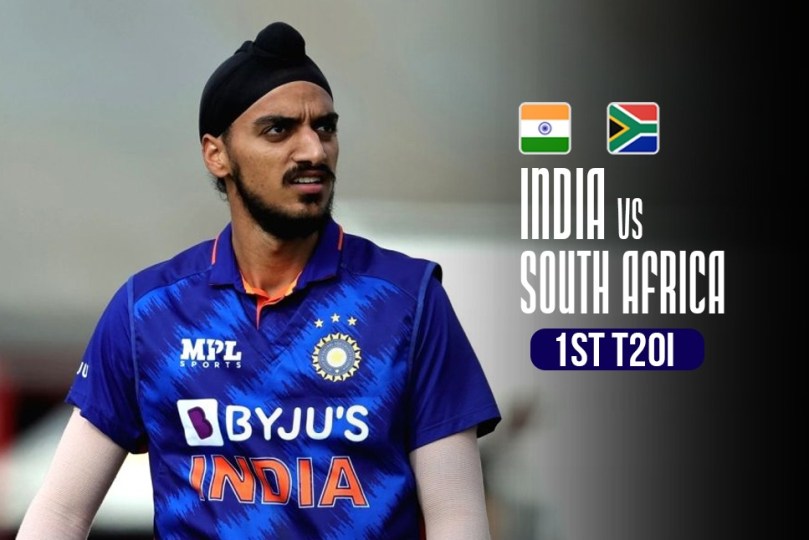 IND vs SA T20 – Arshdeep Singh India Playing XI: After an impressive win over Australia in T20 series, the focus shifts to the India vs South Africa T20 series. The Proteas will face India in a three-match series, starting September 28. And India pacer Arshdeep Singh, who is also in T20 World Cup squad, is set to join Rohit Sharma and co in Thiruvananthapuram. He will likely be included in India Playing XI for first T20 as well. Follow Ind vs SA 1st T20 live updates with InsideSport.IN

It is important to note that Arshdeep reported at the National Cricket Academy in Bengaluru recently for conditioning related work. Hence, he was not part of India’s squad for the Australia series. But he is on course for the South Africa T20 series. However, Mohammed Shami, who was out of the Australia series due to Covid, participation remains unclear.

As for the upcoming series is concerned, the duo of Hardik Pandya and Bhuvneshwar Kumar will be heading to the NCA.

Both Pandya and Bhuvneshwar were part of India’s win over Australia in Hyderabad. And with Arshdeep being included, the pacer from Punjab is likely to be included straightaway into the Playing XI. He can replace Bhuvneshwar.

With the below par performance of the Indian bowlers in the series, it gives Arshdeep a wonderful opportunity to shine. The death overs bowling has been a problem for India, and it is at that juncture the pacer can deliver for India. In fact, the team management will keep a close eye on his performance in the series.

In the Asia Cup, India bowlers might have been criticised, but Arshdeep showed his class in the death overs. His yorkers were spot on. If he can bring the same into the South Africa series, the team management can consider him for the World Cup, starting next month.

World No. 1️⃣ #T20I side 🆚 the undefeated Proteas – who will come out on top in this battle of the 2⃣ giants?

Get ready to #BelieveInBlue & cheer for #TeamIndia in the #Mastercard T20I Trophy #INDvSA!

As of now, the situation of the Indian pace battery is such that only Jasprit Bumrah is a sure shot for the T20 World Cup Playing XI. Harshal Patel and Bhuvneshwar Kumar were looked upon as the other pacers, but things have not awry. The duo has leaked runs, and there is a battle for pacers in the Indian team.

The South Africa series marks India’s final phase of their preparations for the T20 World Cup. The three-match series will allow the management to try different combinations for one final time before they leave for Australia.

World topping $100 billion in remittances head to India in 2022