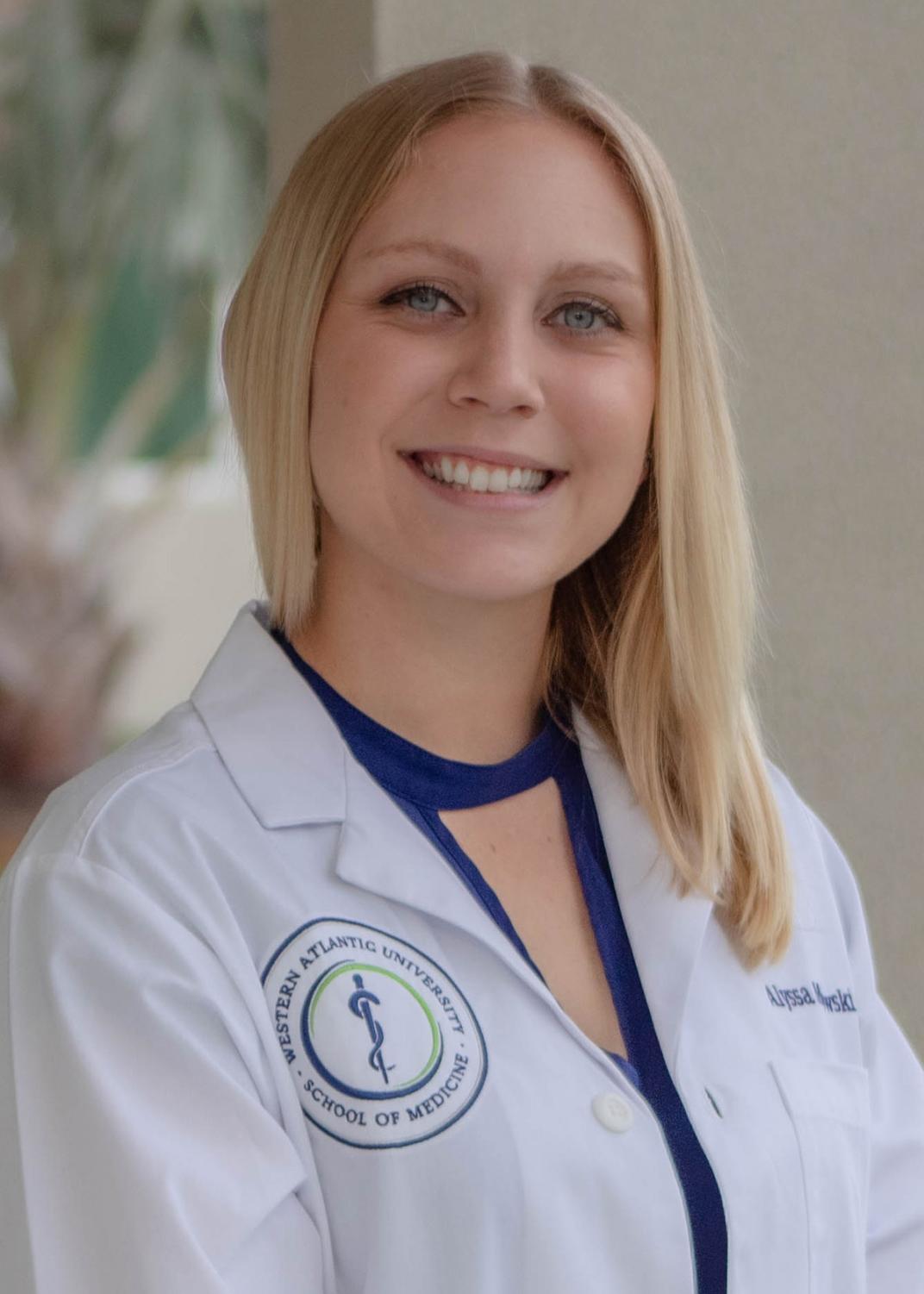 Though going abroad for medical school may seem daunting, Pitt alumna Alyssa Makowski said it was the greatest leap of faith she’s ever taken.

Makowski graduated from Pitt in December 2021 with a biology degree and minors in chemistry and Spanish. She currently attends Western Atlantic University School of Medicine, located in the Bahamas, around 80 miles East of Fort Lauderdale, FL. Makowski intends to practice orthopedic surgery and hopes her experience transitioning from Pitt to WAUSM will inspire others to consider going abroad after undergrad.

This interview has been edited for length and clarity.

The Pitt News: What led you to go abroad for medical school?

Alyssa Makowski: I kind of graduated at an odd time. I graduated December this past year, so it really put me at a weird spot and [I was] applying to med school like, “Oh, I’m going to have possibly nine months. I don’t know what I’m doing, where I’m going” So I applied to some U.S. schools and I got an email from WAUSM that was asking just about a new school that’s opening up in the Caribbean. And I was like, “Okay, I’m from the Northeast, I’ve lived through the Pittsburgh winters.” I was like, “Maybe some warm weather is what I’m looking for. Definitely would be an interesting place to study medicine.”

So I applied, I interviewed within probably a week of applying, which was insane for a medical school process, and got accepted within a couple of weeks. And so I was on the fence about it, thinking about it, and it was right around October, November, so things are starting to get cold. And I was like, “You know what? I’ve lived in the Northeast my entire life. This is my time. So go out, see something new, move 1,000 miles away.”

And so I just decided that that was a new adventure for me, and that would be something I’d be interested in doing.

TPN: What would you say is the biggest cultural difference between the U.S. and the Caribbean?

AM: I think they’re fairly similar. One thing that took a lot of getting used to is things aren’t open all the time like they are in the U.S. You can’t UberEats things. A lot of stores are closed on the weekends, or specifically on Sunday, so you have to get all of your grocery shopping done during the week. But other than that, it’s just like living in the U.S.

TPN: What is the biggest advantage to attending an international medical school?

AM: WAUSM in general is just very different than a lot of U.S. med schools, so they do a flipped classroom. You kind of come in, you already have learned the material, so you’re going over cases, things like that. And I think it’s just a different experience to have. You’re not at home, it’s just very much more of an adventure type of thing.

And also it allows for a lot of different diversity, age-wise, race, gender, things like that, because it is more inclusive in an international med school. So we have a lot of students from Canada, Puerto Rico, various different places. It’s not just all U.S. students.

TPN: What is your best memory at WAUSM?

AM: We do this bonfire at the beginning of every semester, kind of like a back to school type of thing, which is really fun. Get everyone together just for a night out, enjoy ourselves, meet the new students. I think it’s just really fun to connect with everybody.

TPN: Do you plan on staying in the Caribbean when you graduate or moving somewhere else?

TPN: Coming to the Caribbean, were there any major culture shocks that you didn’t think of prior to moving?

AM: I love the Northeast, and I love the people, but I feel like the people [in the Bahamas] are the nicest people I’ve ever met. Everyone just says hello to you in the morning, strikes up a conversation with you, which I feel like isn’t super typical in a lot of other places. I don’t go into the grocery store in New York, and someone’s like, “Hey, how are you doing? How’s your day going?” But that happens all the time here, which is crazy, but I love it so much. Everyone is just so friendly and will talk to you [and] help you out no matter what, which is great.

TPN: Do you have any advice to people that are thinking of going outside of the U.S. for higher education or even for work?

AM: Definitely do your research. The first week of moving here, things were insane. But, I mean, that’s just moving everywhere because now I’m 1,000 miles away from my family and it’s just me trying to figure things out. So definitely do your research and get things done. But if you’re thinking about it, I 100% recommend it. It has been one of the best leaps or on edge things that I’ve done in my life. I love it here.

I make it sound amazing, but, like the U.S. med schools, it is extremely difficult. It’s just a lot more fun to be studying on the beach or in the nice weather. But it is medical school, so it’s still tough 80-hour study weeks, but I wouldn’t trade it for anything.

Zoe, which went viral with its Covid-reporting app, raises $30M to...

The Internet Is Warning People Not To Brush Their Teeth After...